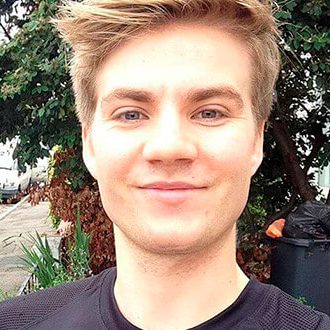 Hey Guys – As mentioned on my Facebook wall I’m going to be discussing performance enhancing drugs over the next few weeks/months.  I suppose the subject is a little more serious than my existing blogs however I’ve always found the topic fascinating.  Believe it or not the modern stigma and negative attitudes attached to drugs in sport is a relatively recent phenomenon – in fact the idea that society has always deemed it as the ultimate form of cheating is a myth!

I wrote my Thesis at university on the ethics of doping and so will release a few extracts from my literature review.  In this first post I will cover a bit about drug use in ancient sport and the medicalisation of society.

I hope you find the information informative and interesting, please comment.

Sport and drugs have had a relationship which dates back thousands of years. Waddington (2000:98) highlights the academic findings of Verroken (1996), Donohoe and Johnson (1986) and Houlihan (1999) to suggest that the use of substances by athletes believed to have “performance-enhancing qualities is certainly not new. The Greek physician Galen, writing in the third century BC, reported that athletes in Ancient Greece used stimulants to enhance their performance. In Ancient Egypt athletes similarly had special diets and ingested various substances which, it was believed, improved their physical capabilities, while Roman gladiators and knights in medieval jousts used stimulants after sustaining injury in order to enable them to continue in combat”. Similarly Lippi et al (2008:1) support Waddington’s statements by proclaiming that competitive athletes have always “been familiar with ergogenic aids and they will probably continue to use unfair and harmful substances in future, because their inclination to victory, along with the mirage of glory and money, will probably overcome health and legal risks”.

As emphasised by Waddington and Lippi et al, the use of performance enhancing drugs is not a new phenomenon; what is relatively new however is “the perspective which regards the use of such substances as illegitimate and which seeks to prohibit their use” (Waddington, 2000:99). This ideology will be explored further in the later stages of this literature review.

Before attempting to explain why the use of performance enhancing substances has become so objectionable, it is important to examine the origins of doping as a phenomenon.

It is evident that we live in an increasingly medicalised society. It has become common place, for example, for healthcare professionals to classify some mental conditions as ailments. Conrad (2007:3) suggests that “in the past thirty years or so, medical professionals have identified several problems that have become commonly known as illnesses or disorders”. Some of these newly classified medical conditions include Attention Deficit Hyperactivity Disorder (ADHD) and Premenstrual Syndrome (PMS). Doctors now consider the symptoms of these illnesses to be serious, yet in the past they were just seen to be irritating (Conrad, 2007:6). Conrad (2007:6) continues to explain that “Certain common life processes have been medicalised as well, including anxiety, mood, menstruation, birth control, infertility, childbirth, menopause, aging, and death.”

Sports were/are not immune to the on-going medicalising process. As a result of which, the concept of ‘sports medicine’ emerged at the end of the nineteenth century and has continued to develop alongside the medical advances that are still taking place today.

By the end of the 1980s the successes of many Eastern European, and particularly East German and Soviet athletes left many western observers suspicious of their training methods (Waddington, 2000:142). In recent years “much more of the information has become available, and we now know that performance-enhancing drugs were used systematically by those countries in their attempt to produce Olympic medal-winning athletes” (Waddington, 2000:142). Given this fact, many have argued that the continually growing contribution from sports doctors in the quest for enhanced athletic ability is only aggravating something which has now become an ethical issue. As demonstrated by East German and Soviet athletes in the late 1980s, doctors are not always “merely in the search for improved diets or training methods, but also in the development and use of performance-enhancing drugs and techniques, some of which have subsequently come to be defined as forms of cheating”. (Waddington, 2000:151). But why have WADA (The World Anti-Doping Agency) classed it as cheating? Isn’t this just sport naturally evolving as a result of technological medical advances? The reasoning behind WADA’s rationale will be examined later in this literature review/blog (coming SOON).

The Road to World’s Toughest Mudder

How to work out effectively with minimal equipment

My thoughts on intermittent fasting